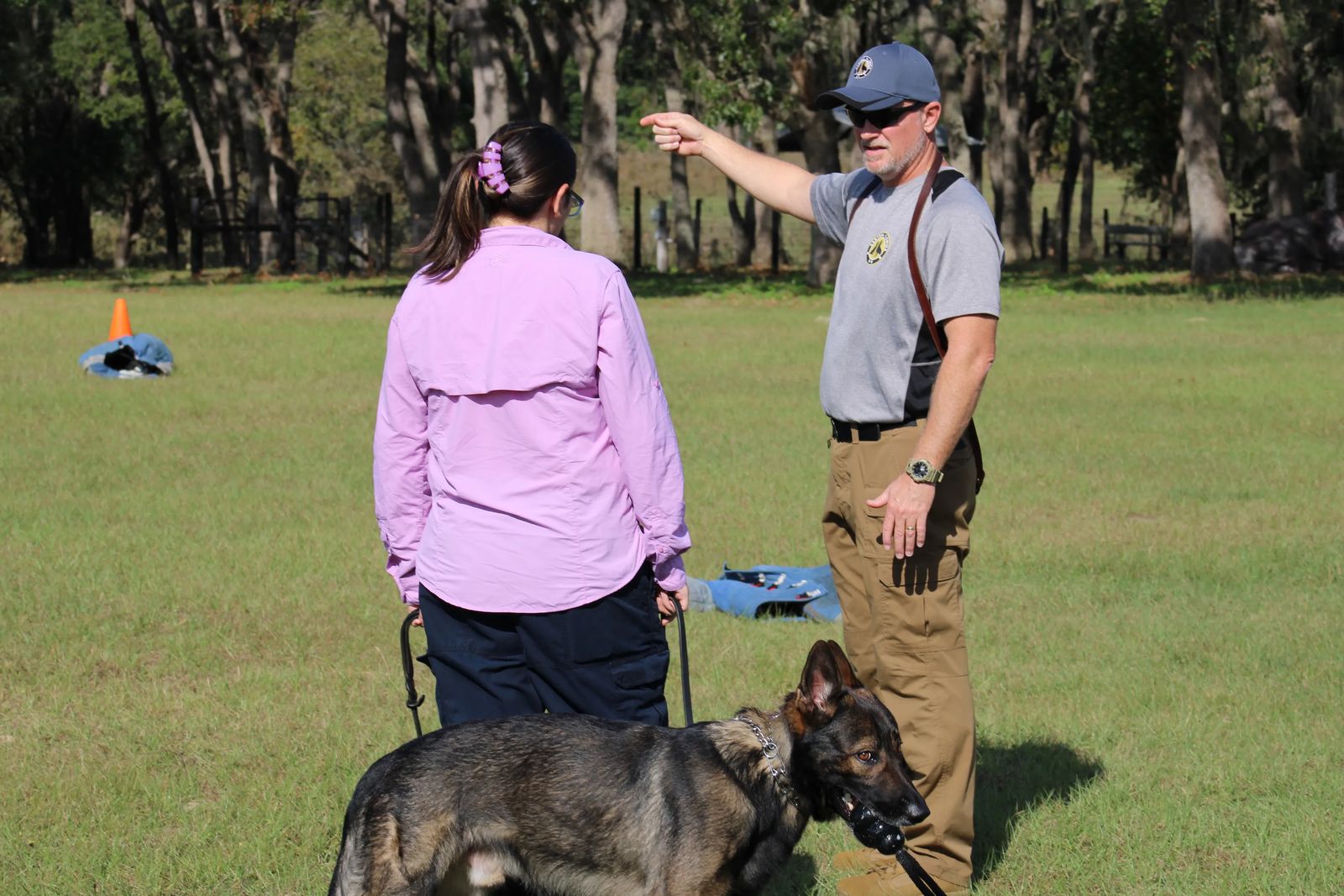 Chalen Godwin started training dogs when he was 12 years old after his father purchased a beagle named “Bolt”. Chalen trained “Bolt as a blood tracking dog and soon was the go-to for nearby hunters. Chalen continued his love of dogs and trained dogs in waterfowl retrieval. In 1994 Chalen become a member of the Florida Department of Corrections Bloodhound team as a handler. In1999 Chalen joined the Deland Police Department where he served twenty three years making it to the rank of Sgt. and supervising/working as part of the K-9 Unit/K-9 Trainer, SWAT team, Hostage Negotiator, Emergency Response Team, Field Training Officer, and Criminal Investigations. Chalen has numerous instructor certificates including completing 320 hours of tracking and odor training in late 2017, becoming the first patrol officer to have a tracking K-9 for missing adults and children for the Volusia County area. He is also an AKC evaluator and has attended numerous K-9 seminars. Chalen retired from Law Enforcement and joins Central Florida K-9 as the Special Projects Coordinator in charge of training/upholding both government and civilian contracts.